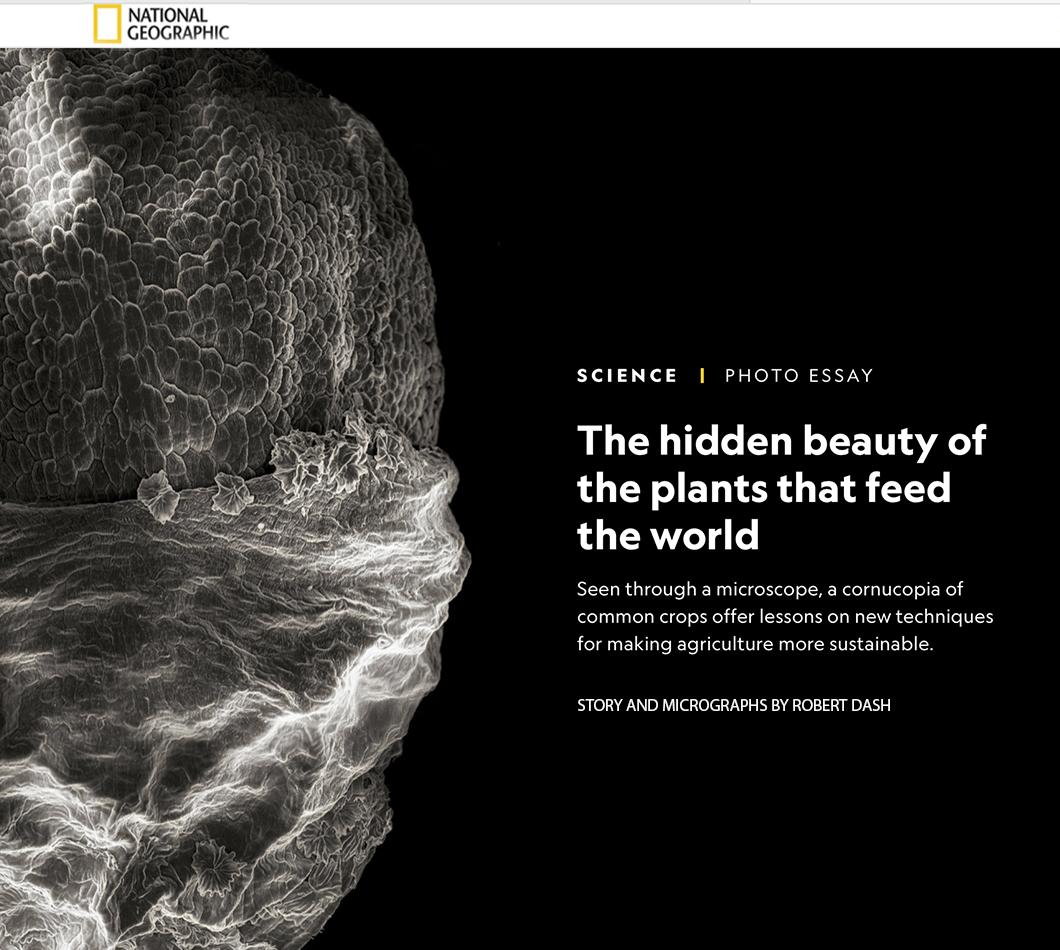 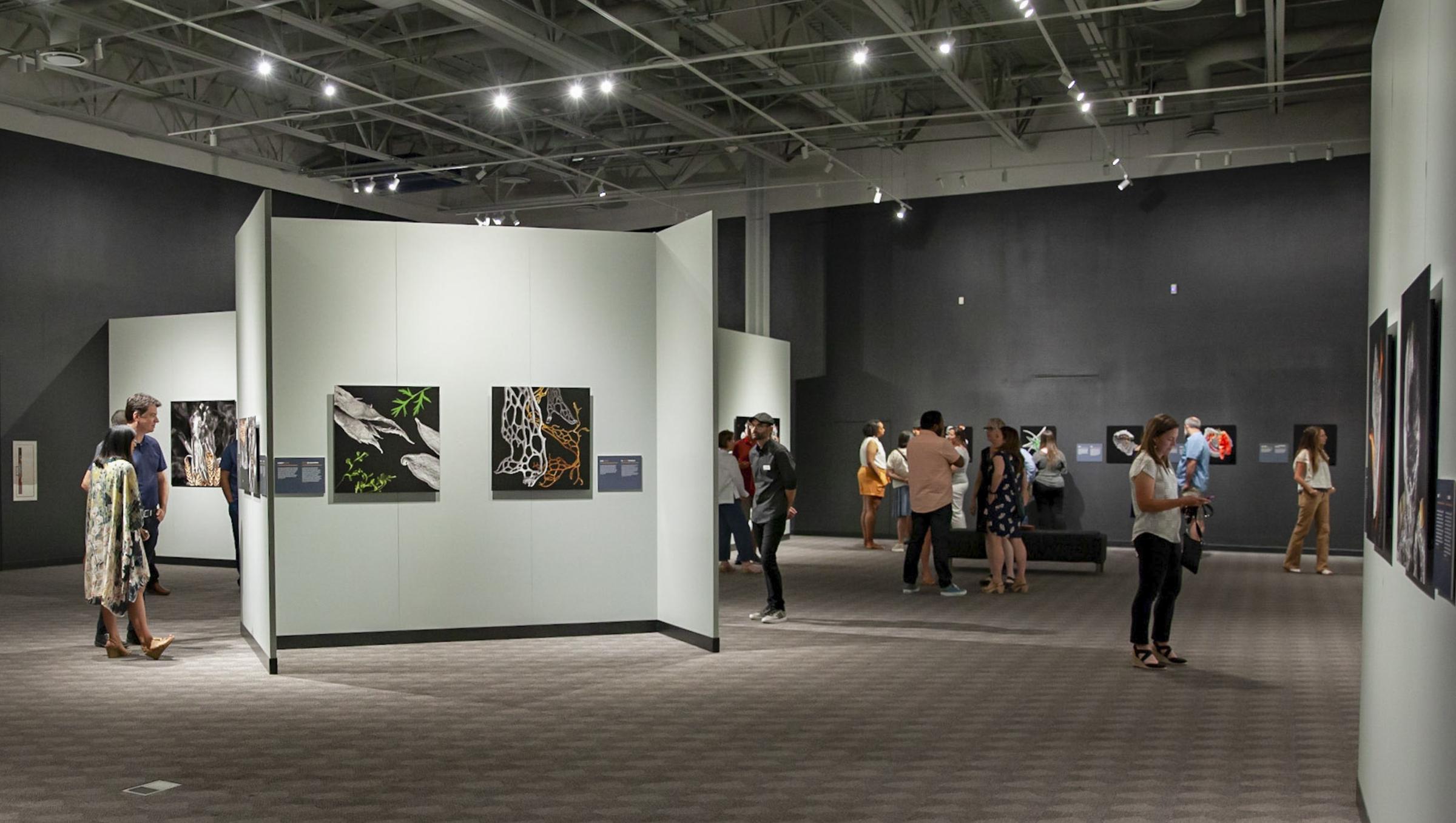 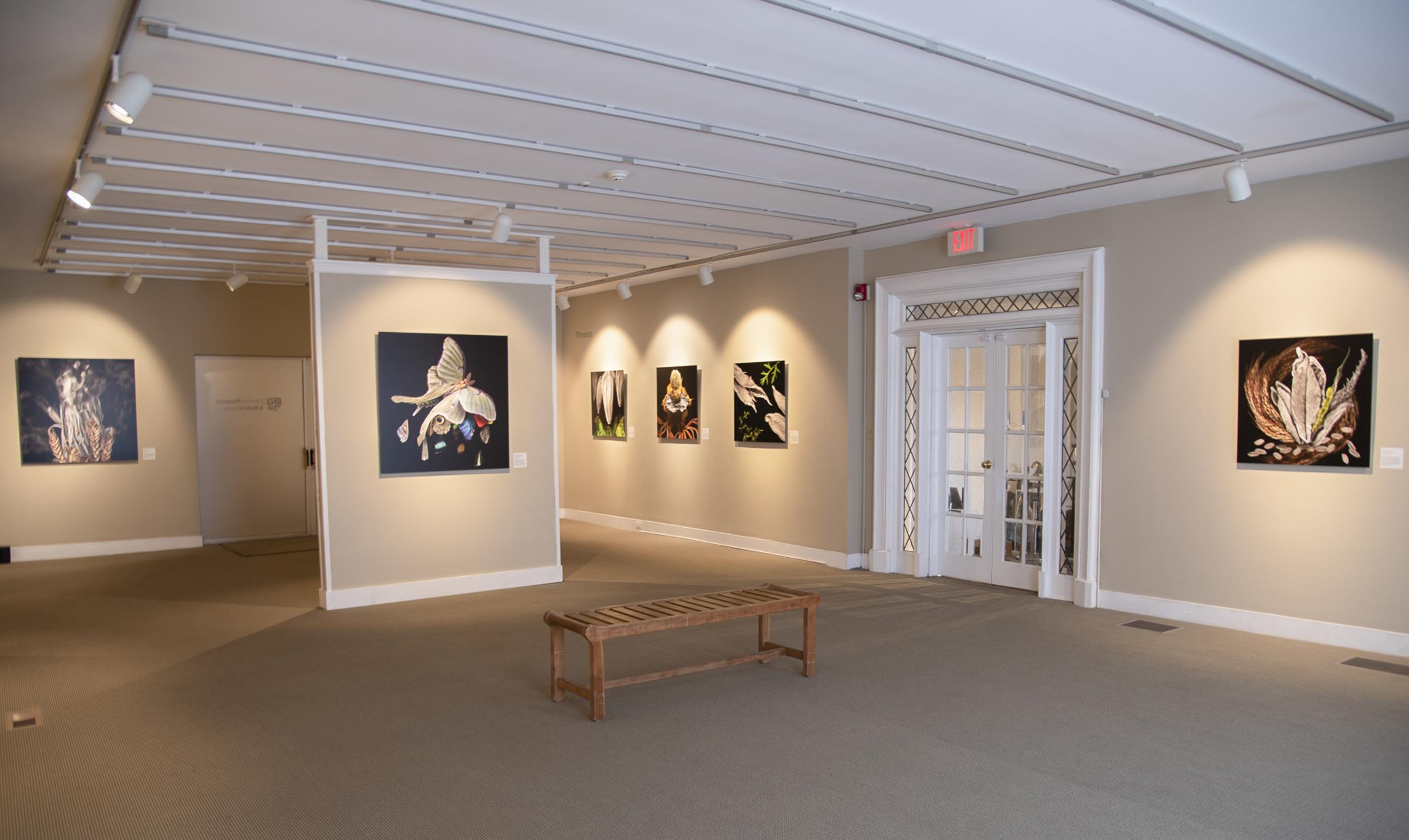 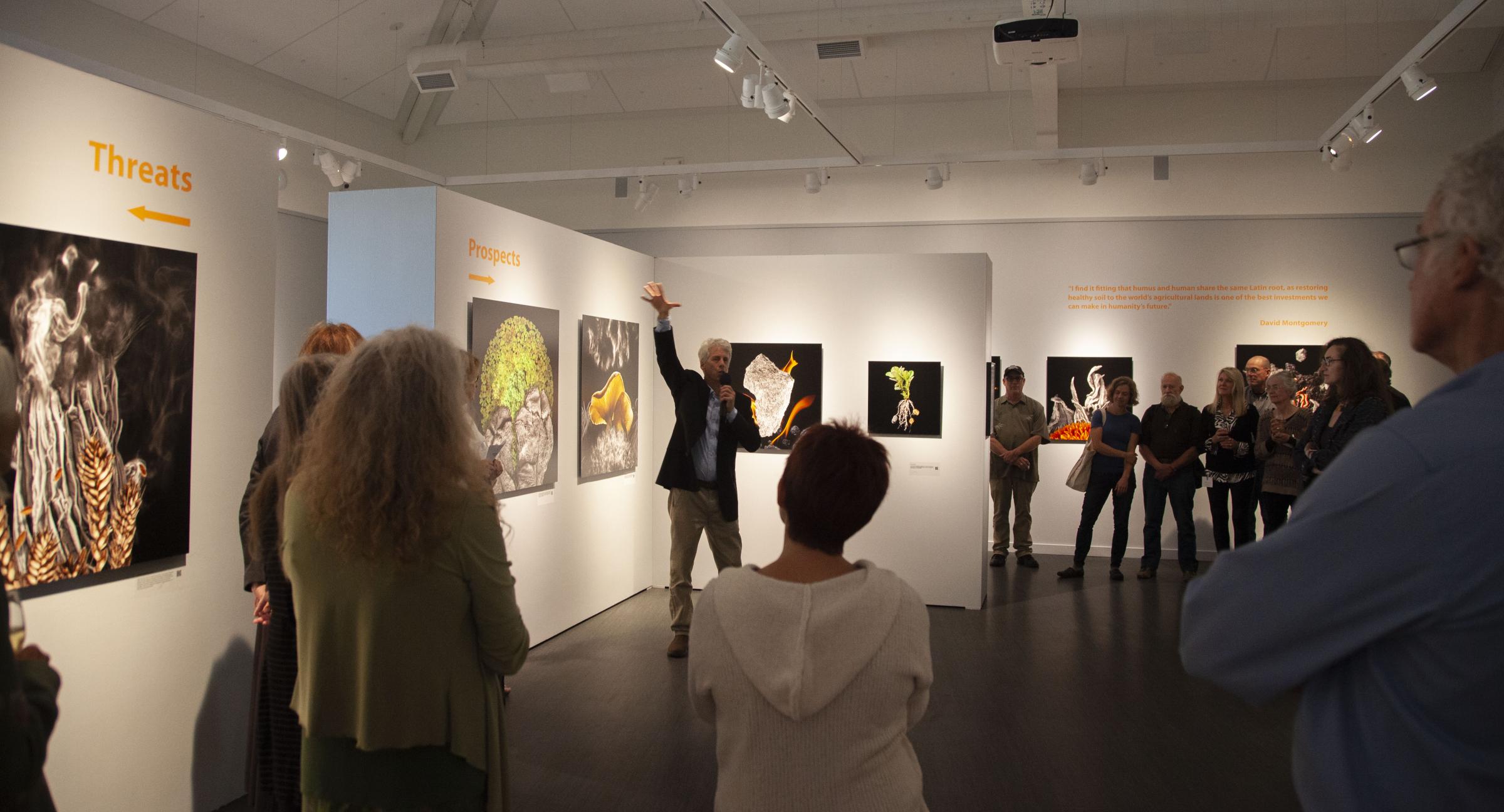 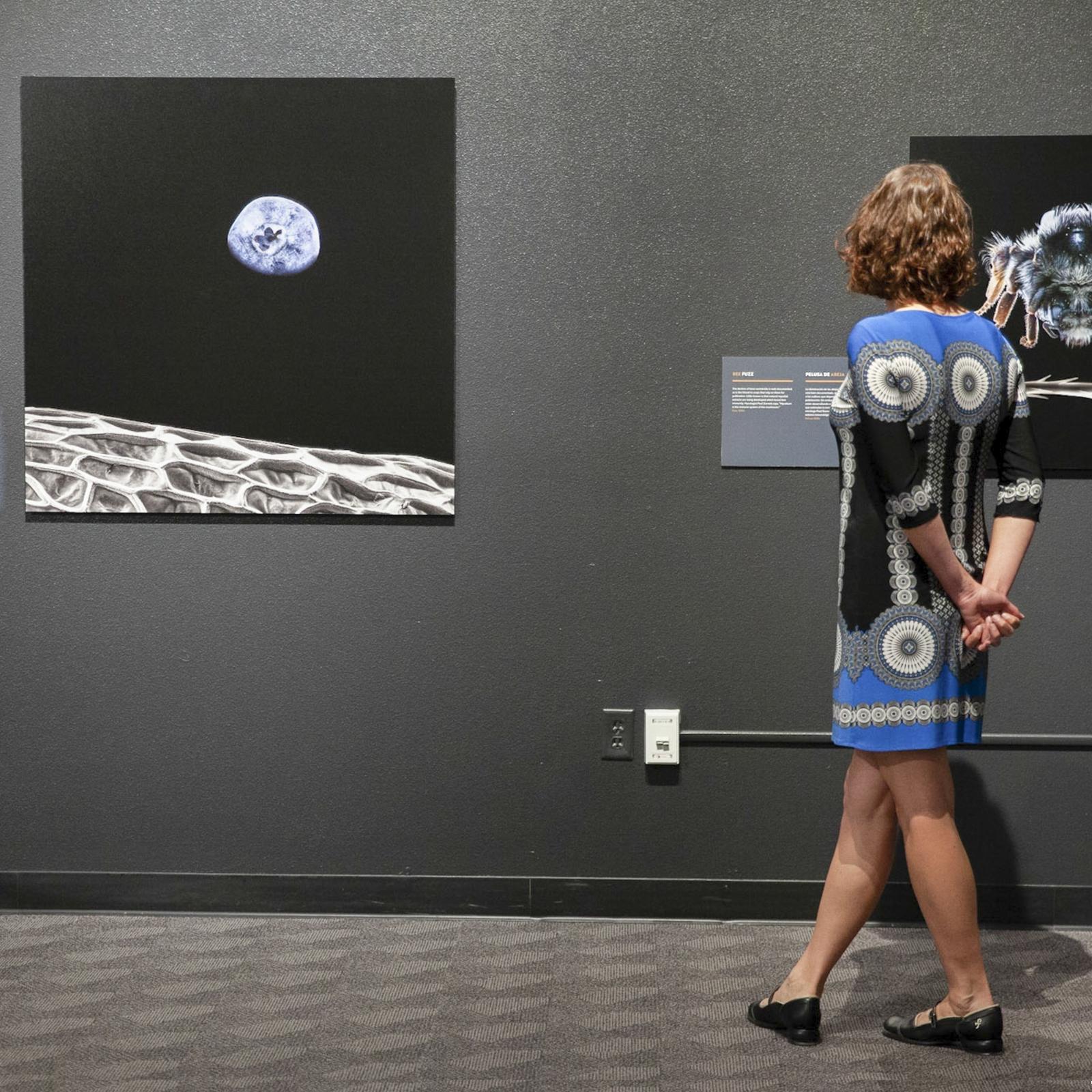 This image in inspired by the 1968 Earthrise photo taken from space by William Anders. That iconic image launched the environmental movements decades ago. Today, agriculture is both a major source and potential healer of the climate crisis. Blueberries in Michigan are being impacted by seasonal shifts which bring new pests, harsh weather, and fewer pollinators. Blueberry seed: 300x
~Photo by Tina Chandler, City of Fort Collins, CO 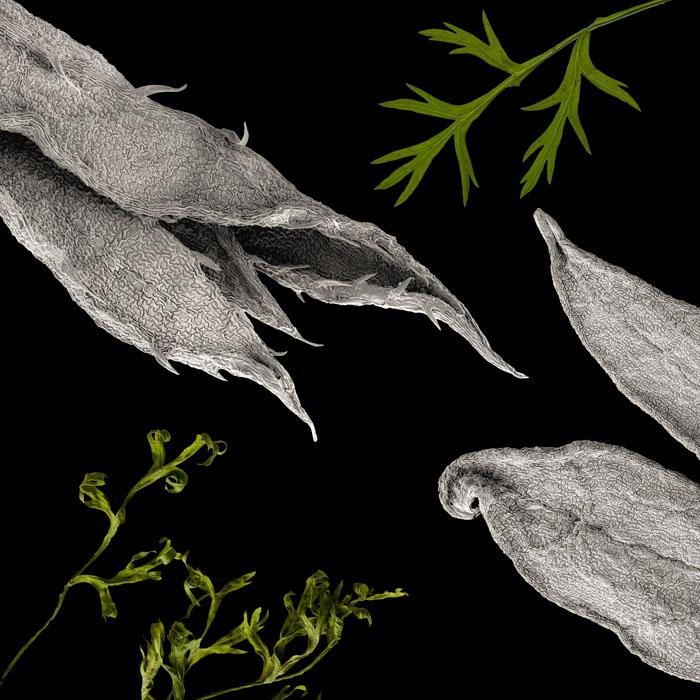 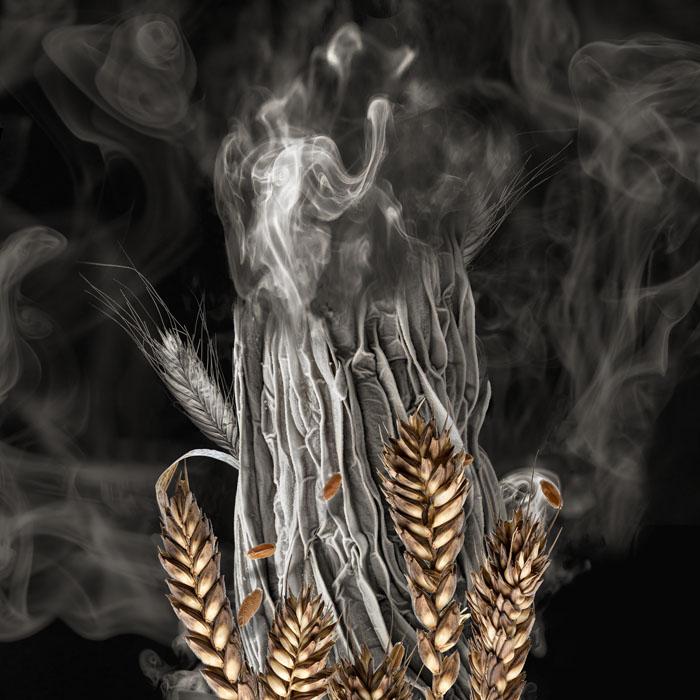 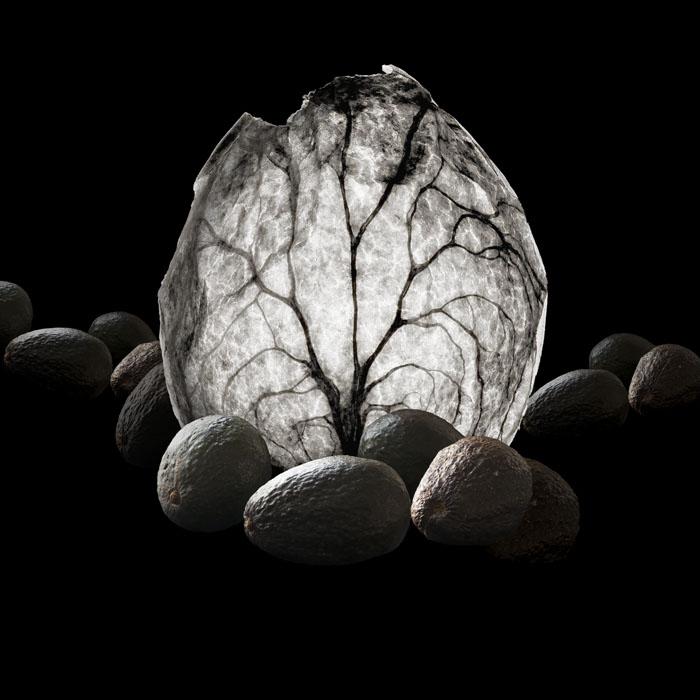 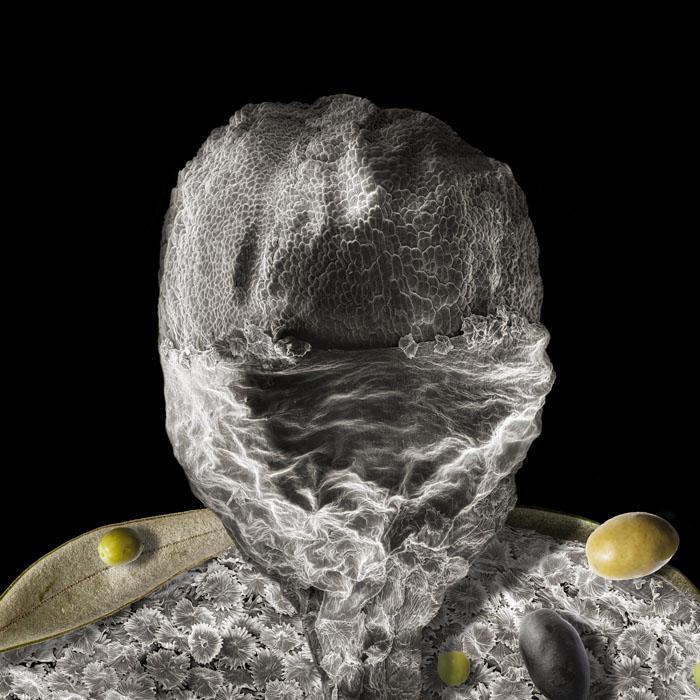 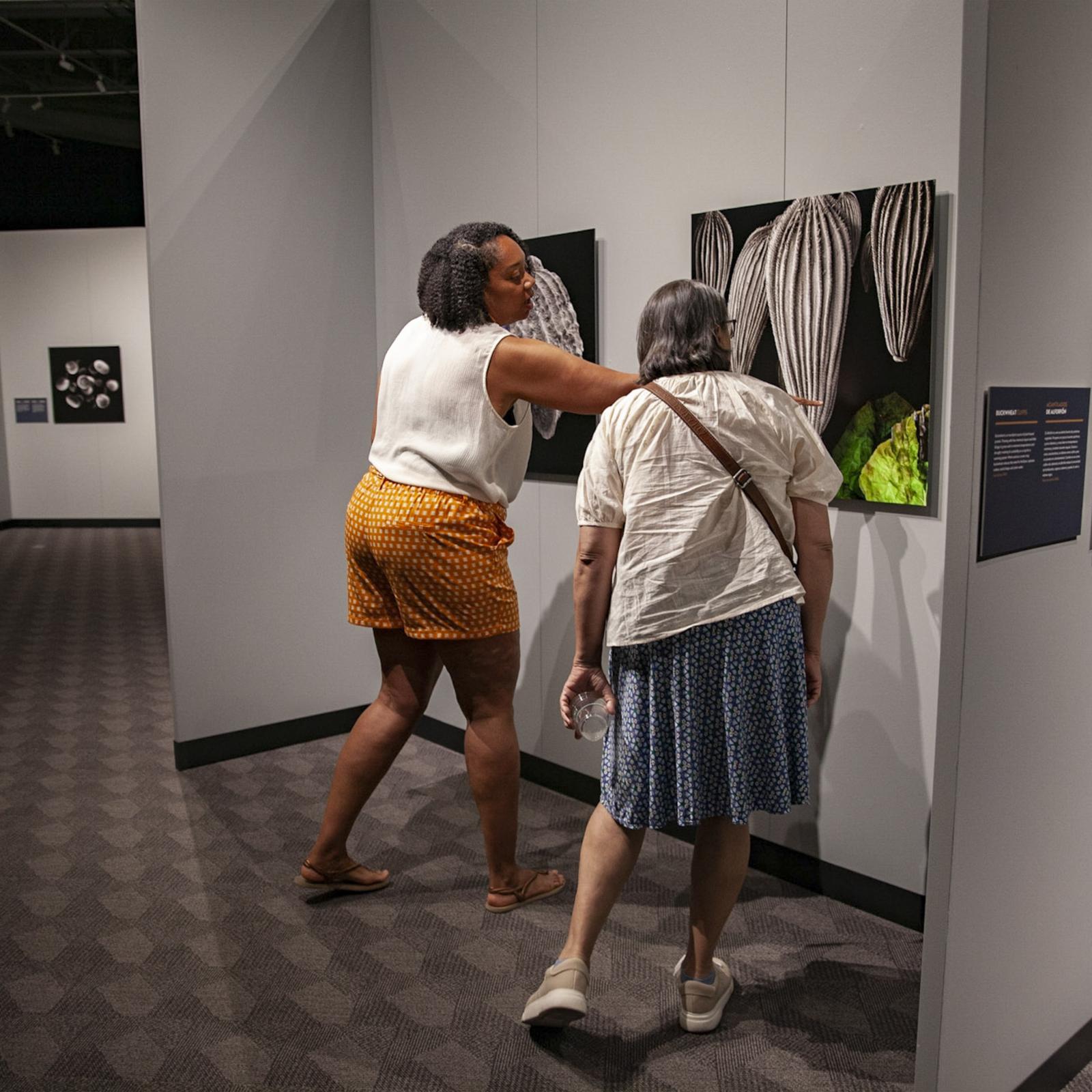 Most lettuce grown in the USA comes from Arizona and California. In recent years, both locations have experienced unseasonal shifts in heat and rain which delayed plantings or caused early harvests. The E coli outbreak on Romaine lettuce is being tied to warming temperatures. Seeds: 80x
~Photo by Tina Chandler, City of Fort Collins, CO 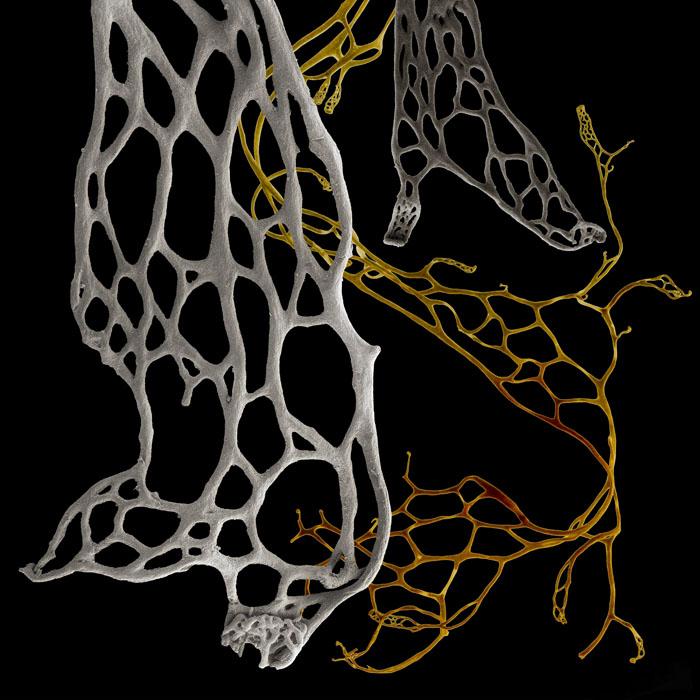 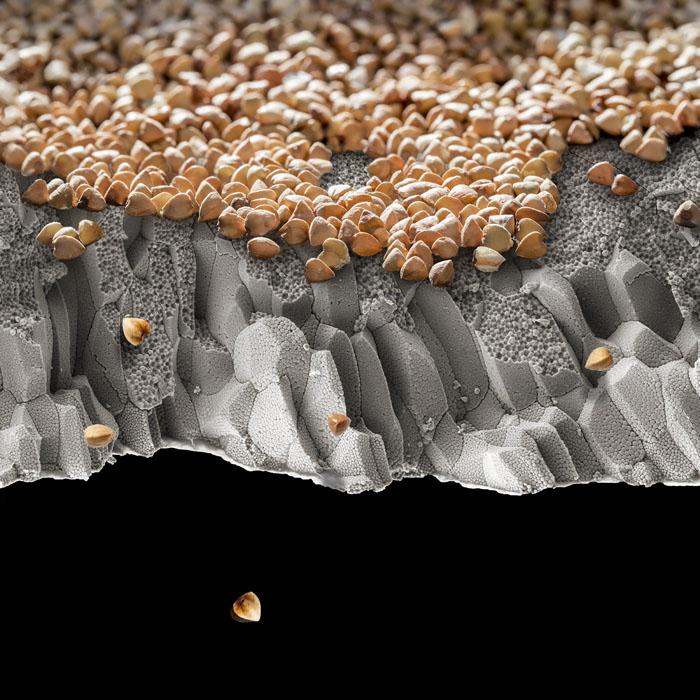 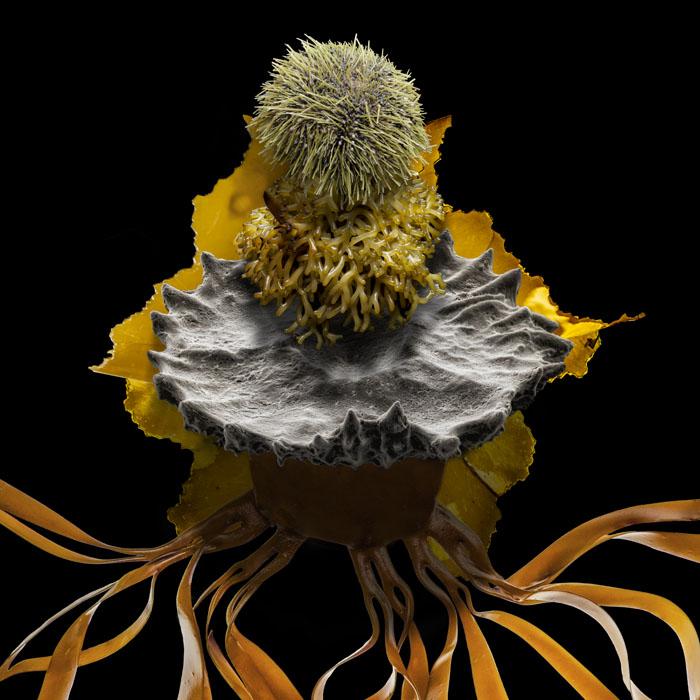 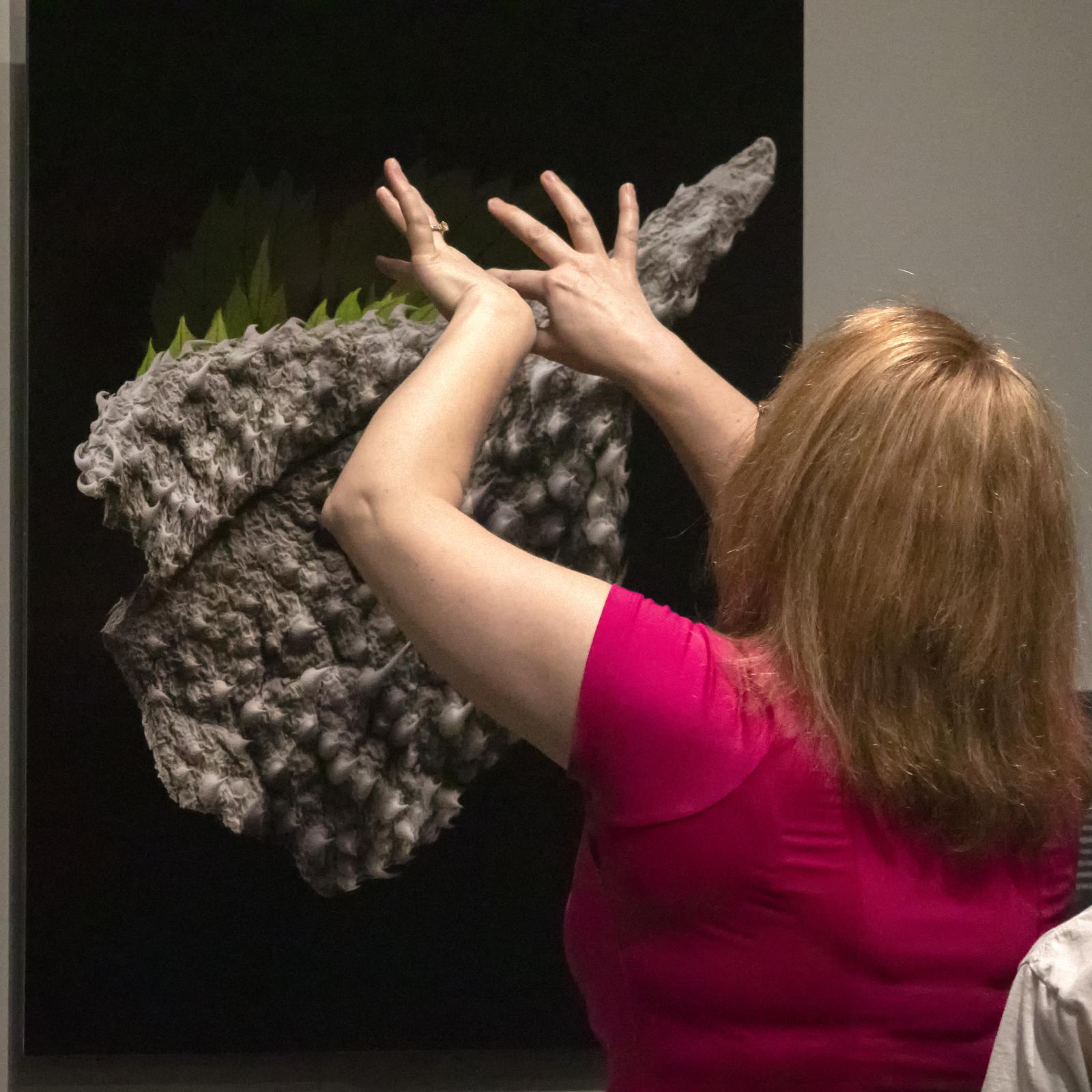 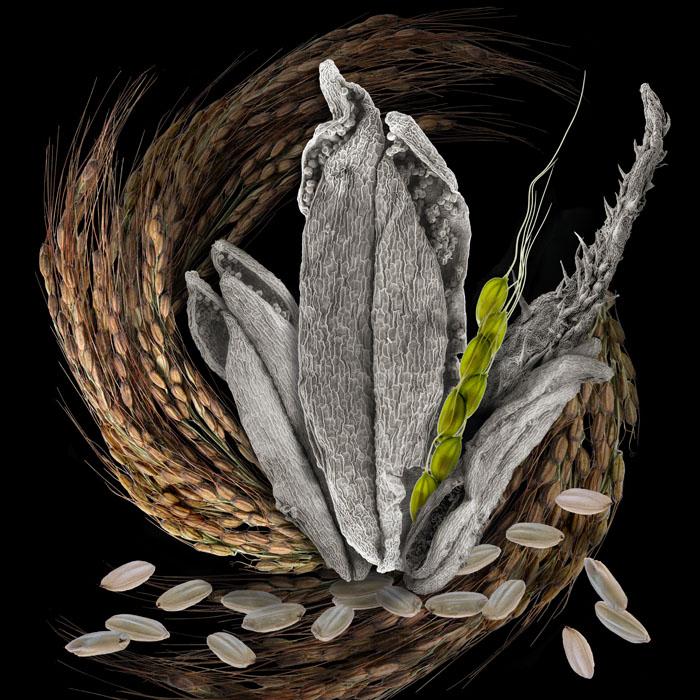 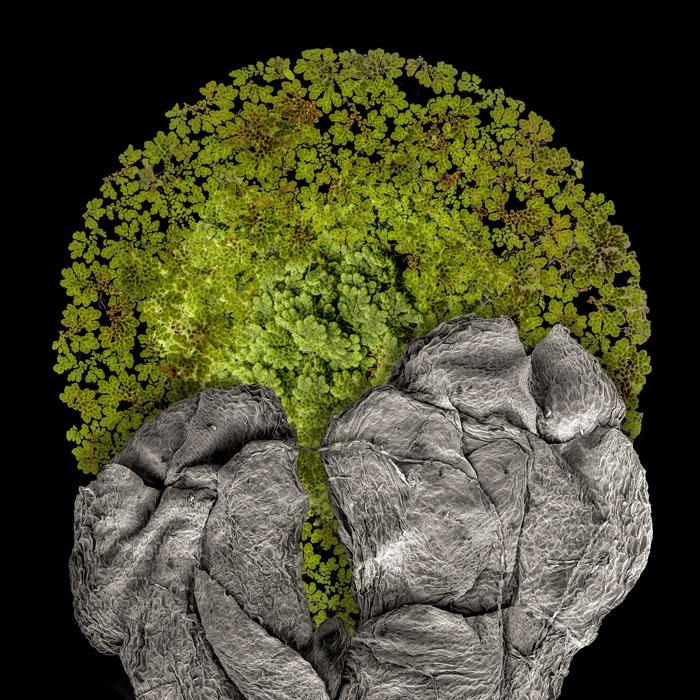 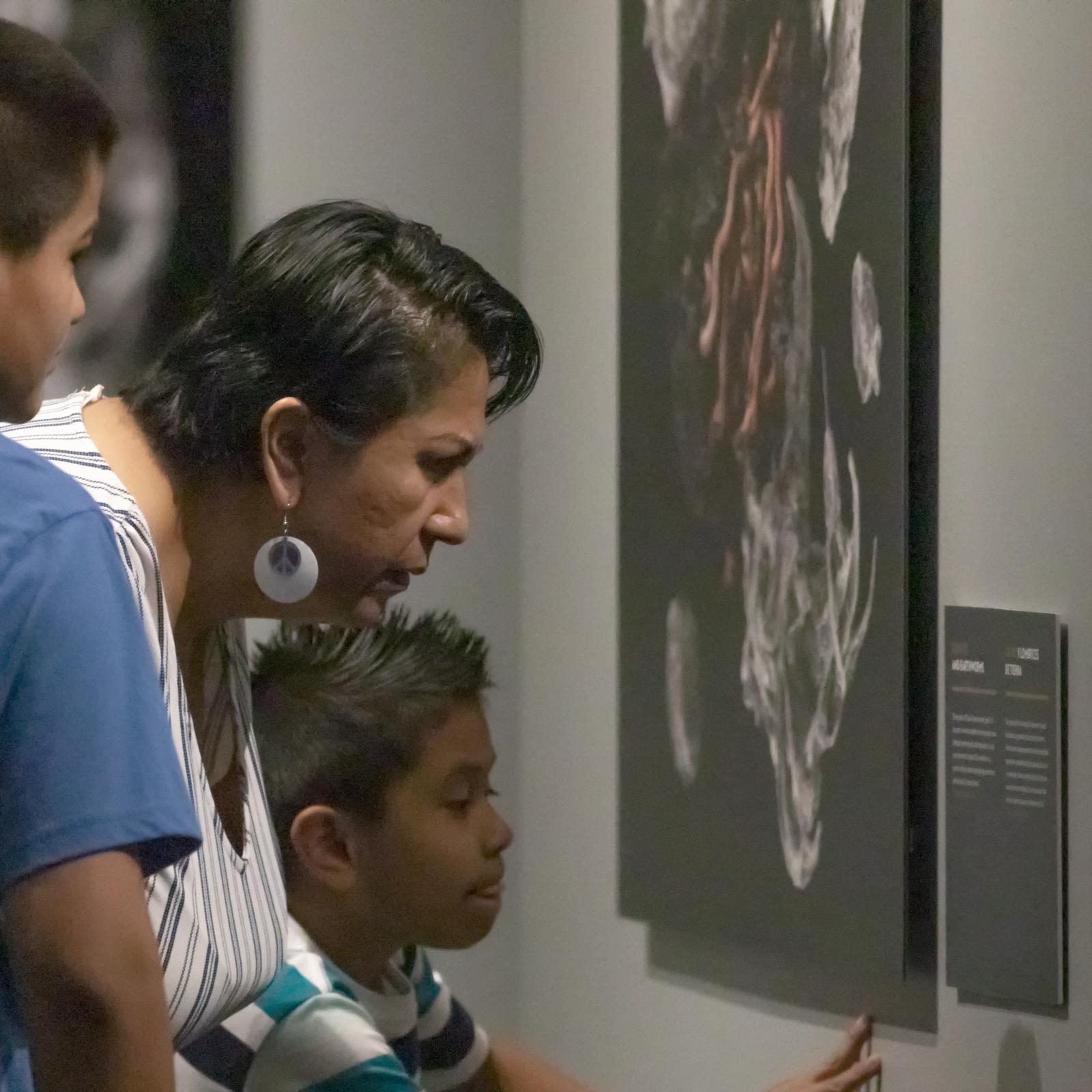 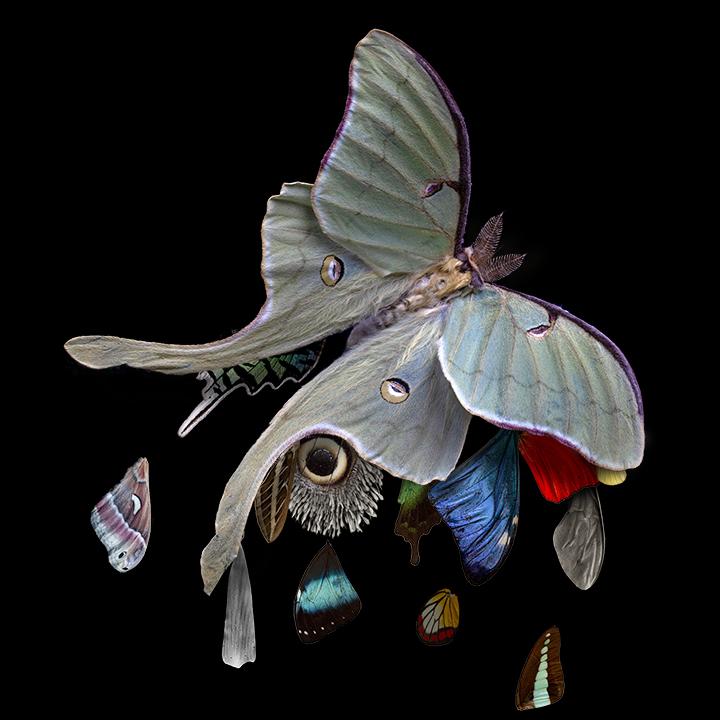 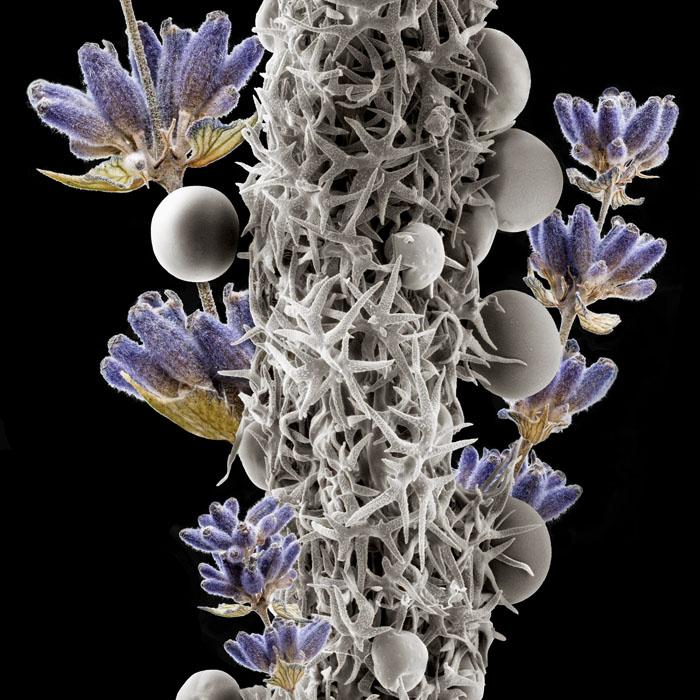 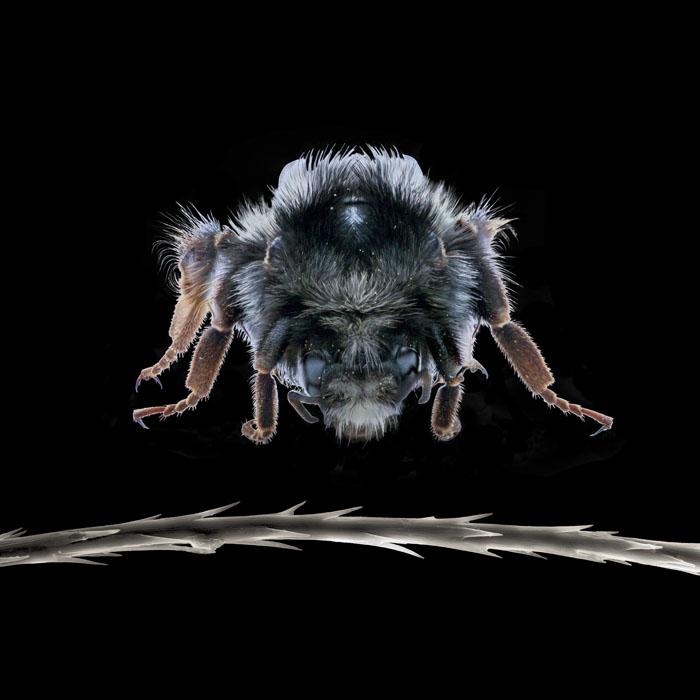 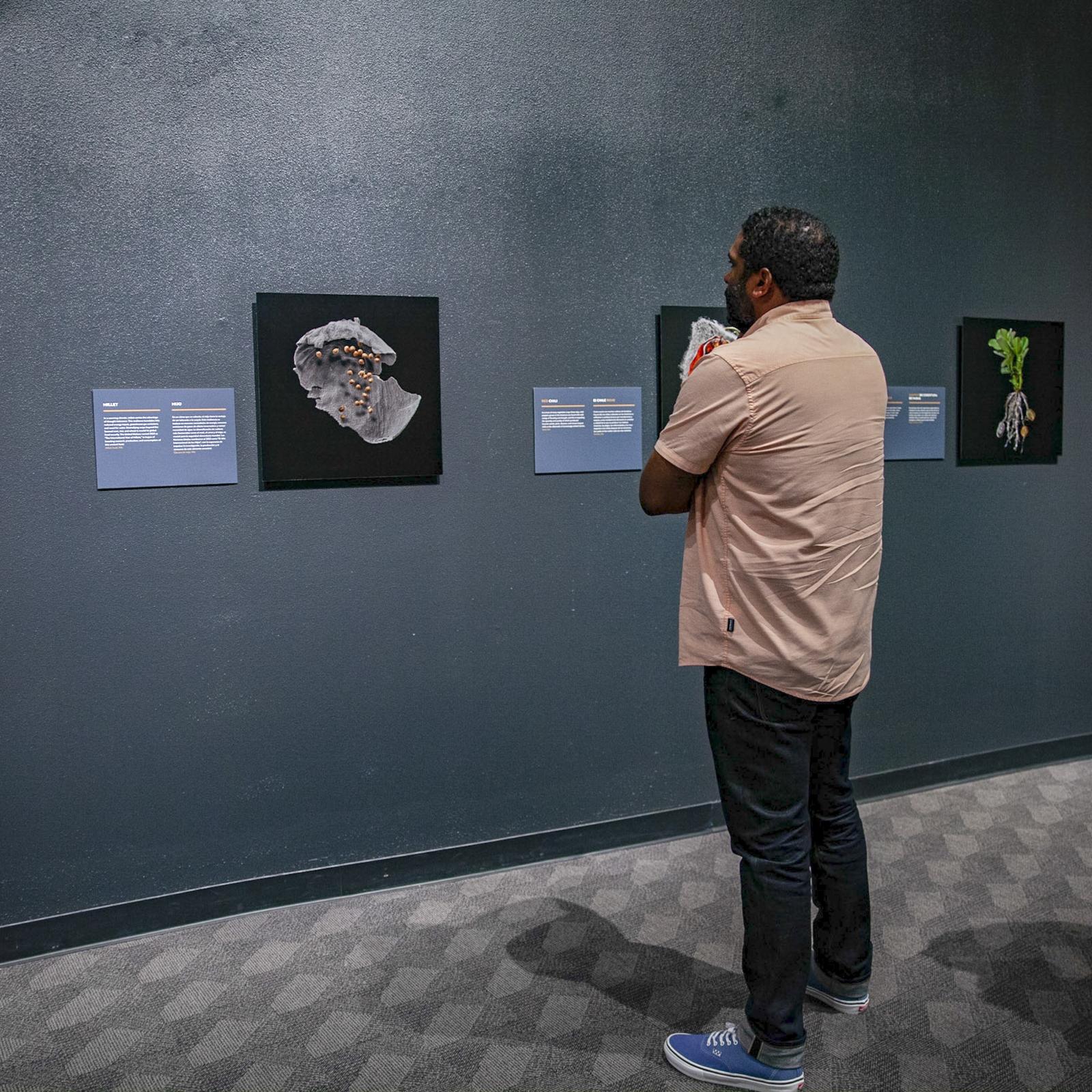 Millet is a rich source of plant protein. It’s a crop that is resistant to heat and drought, and it could be an important future food source. According to Food Tank, “climate-smart crops like pearl millet and sorghum can be incredibly reliable in regions with high temperatures, poor soil fertility, and recurring droughts.”
~Photo by Tina Chandler, City of Fort Collins, CO 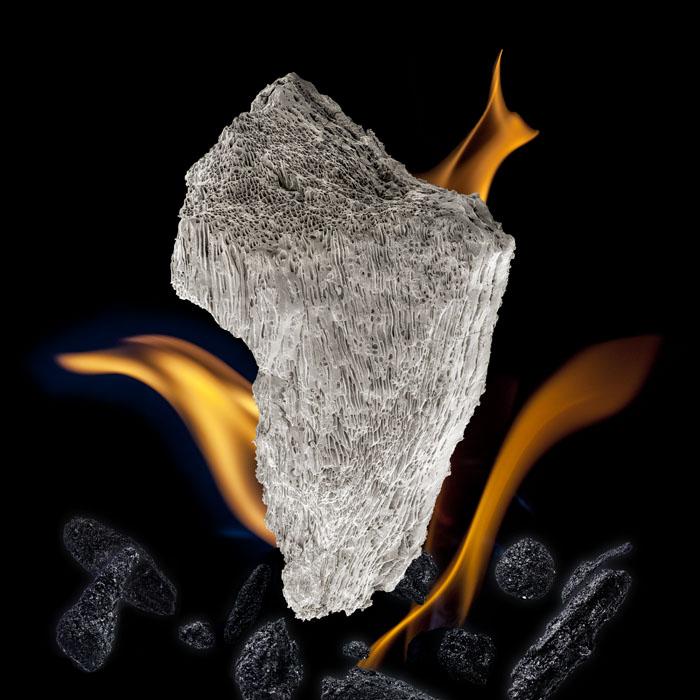 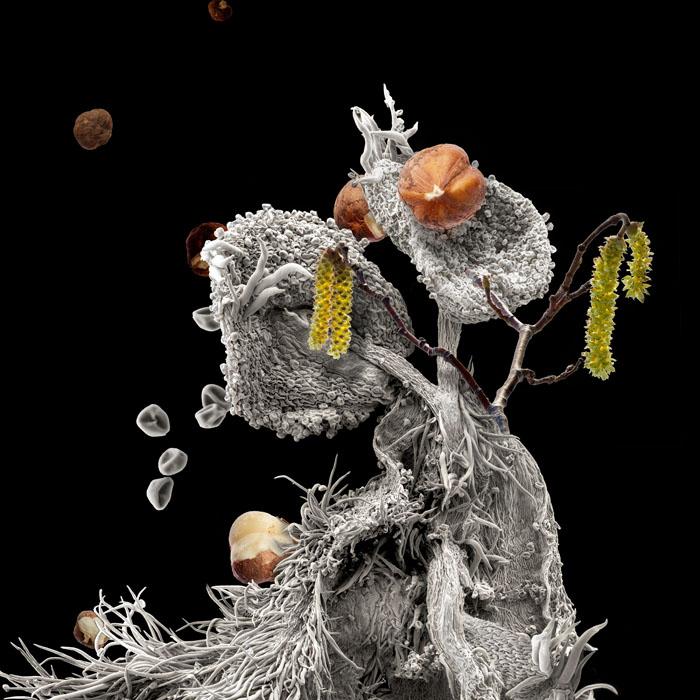 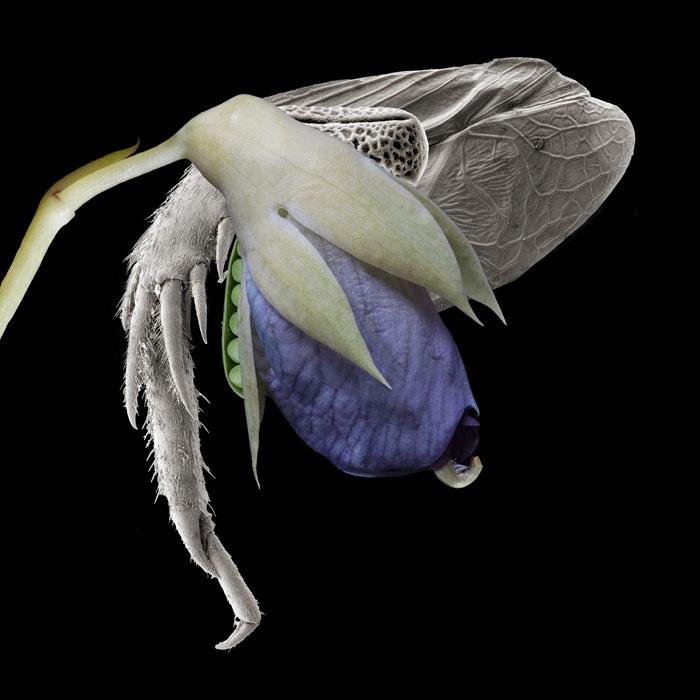 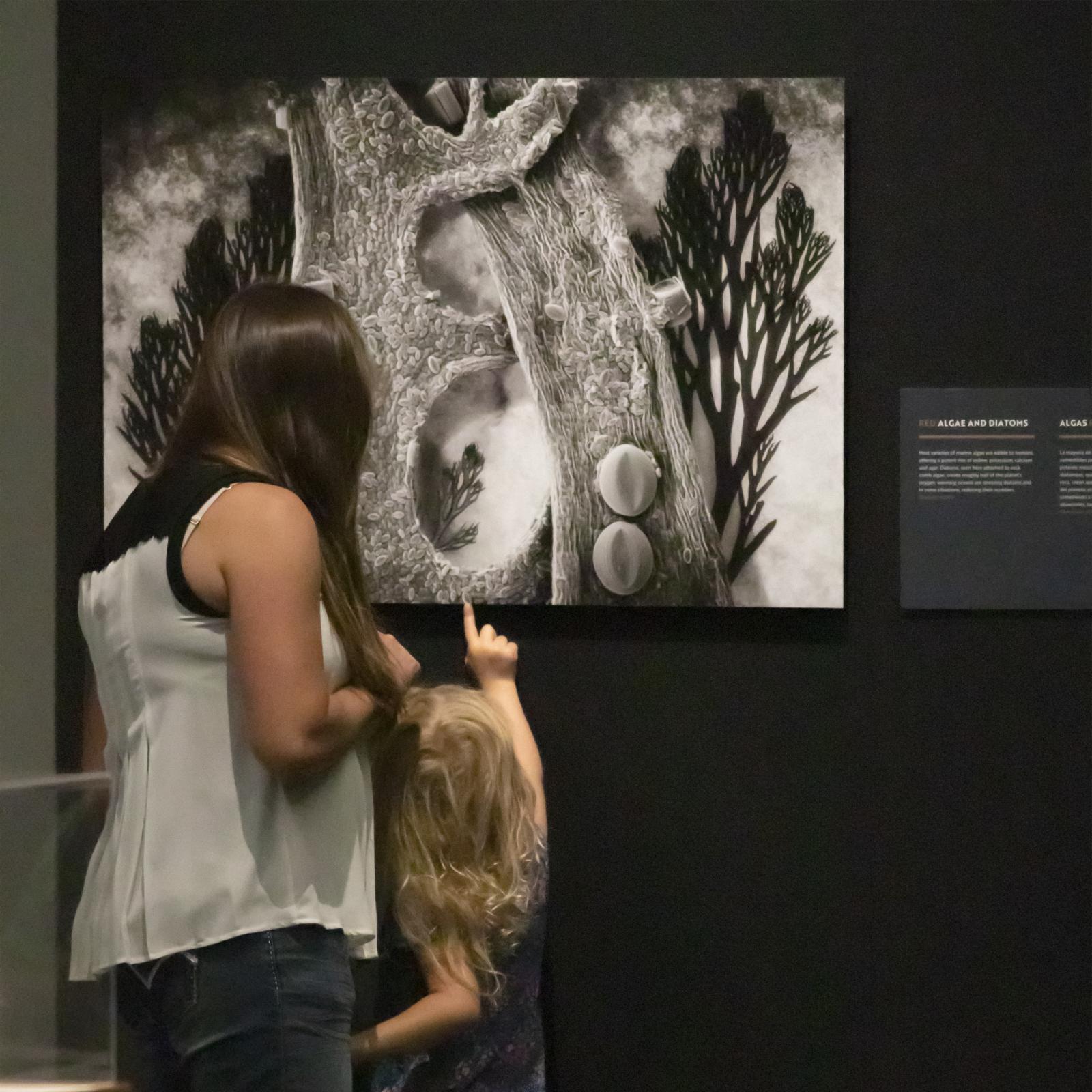 Most varieties of marine algae are edible to humans, offering a potent mix of iodine, potassium, calcium and agar. Diatoms, seen here attached to rock comb algae, create roughly half of the planet’s oxygen; warming oceans are stressing diatoms and in some situations, reducing their numbers. 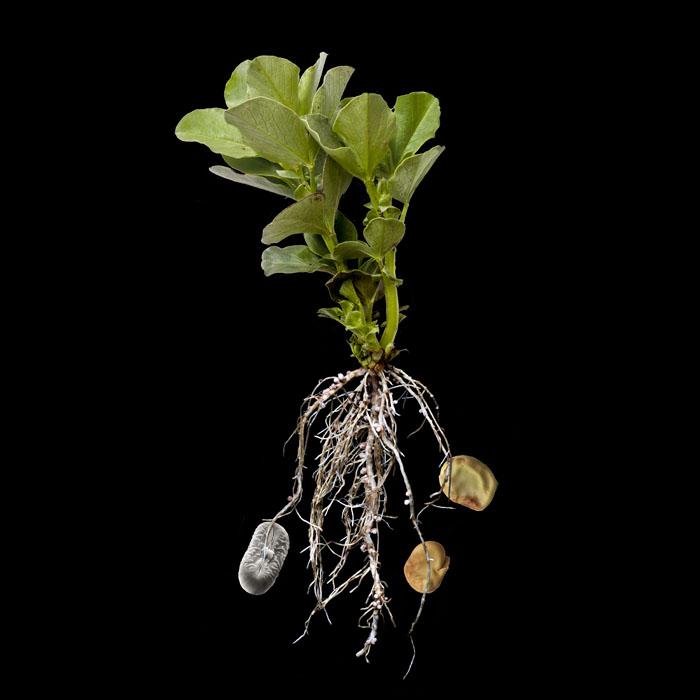 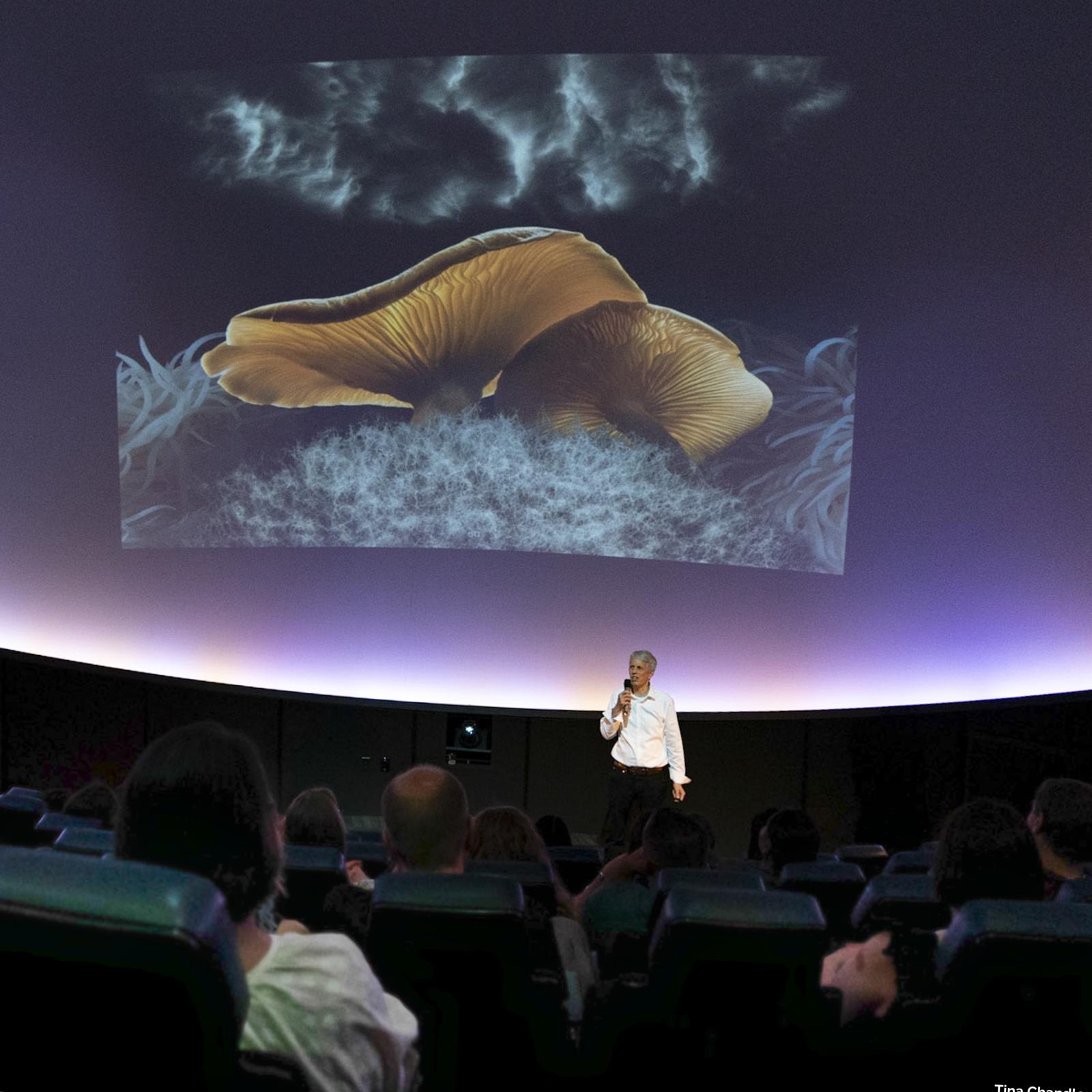 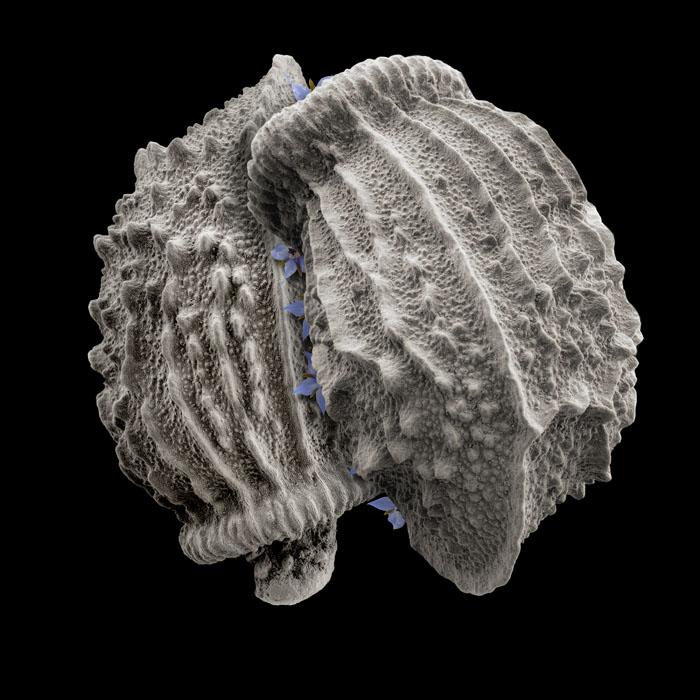 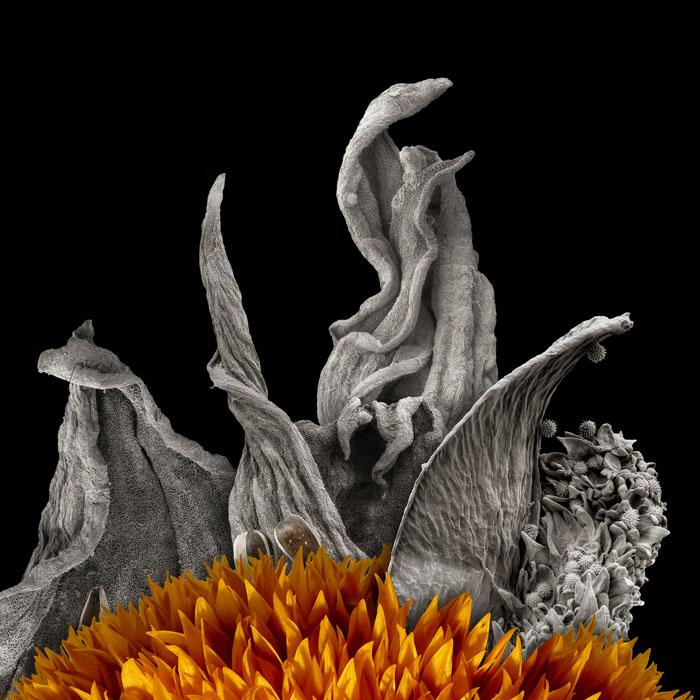 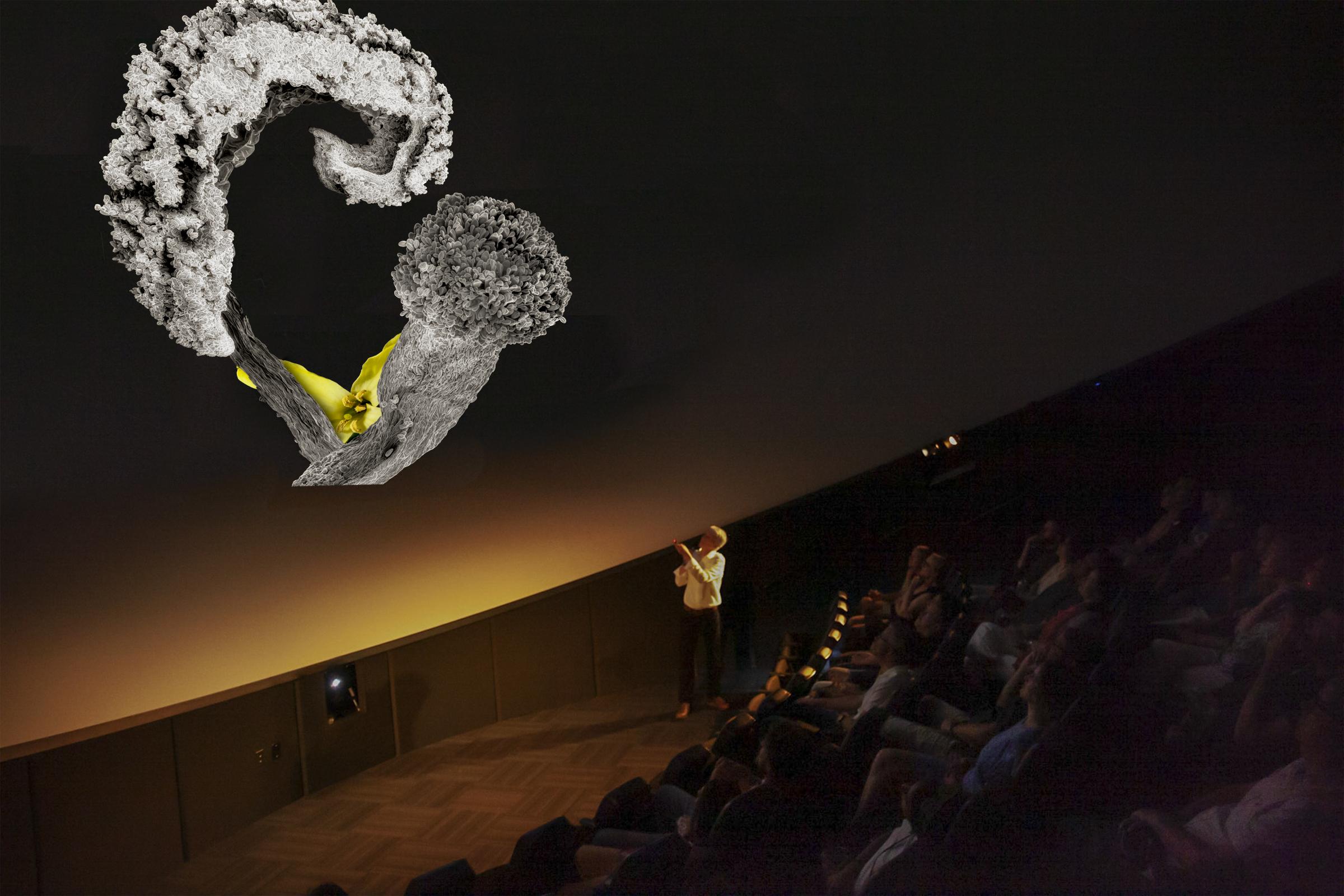 Organic kale and produce have grown very popular in the past decades. Little known is that large-scale organic farms may emit more greenhouse gasses than conventional farms. Kale flower, anther, pistil: 700x
~Photo by Tina Chandler, City of Fort Collins, CO
"I sat down with artist Robert Dash to talk about his traveling exhibition and forthcoming book about food and climate change entitled, 'Food Planet Future.' His images are a surreal montage of common foods juxtaposed with scanning electron micrographs of those same foods. By deftly mixing the micro and the macro, he offers us a new perspective on the natural world around us, revealing the underlying structure and beauty, and appealing to our curiosity to know more, to care more. Here, we talk about his inspirations and techniques." Jake Perrine, Artistic Director, Orcas Center